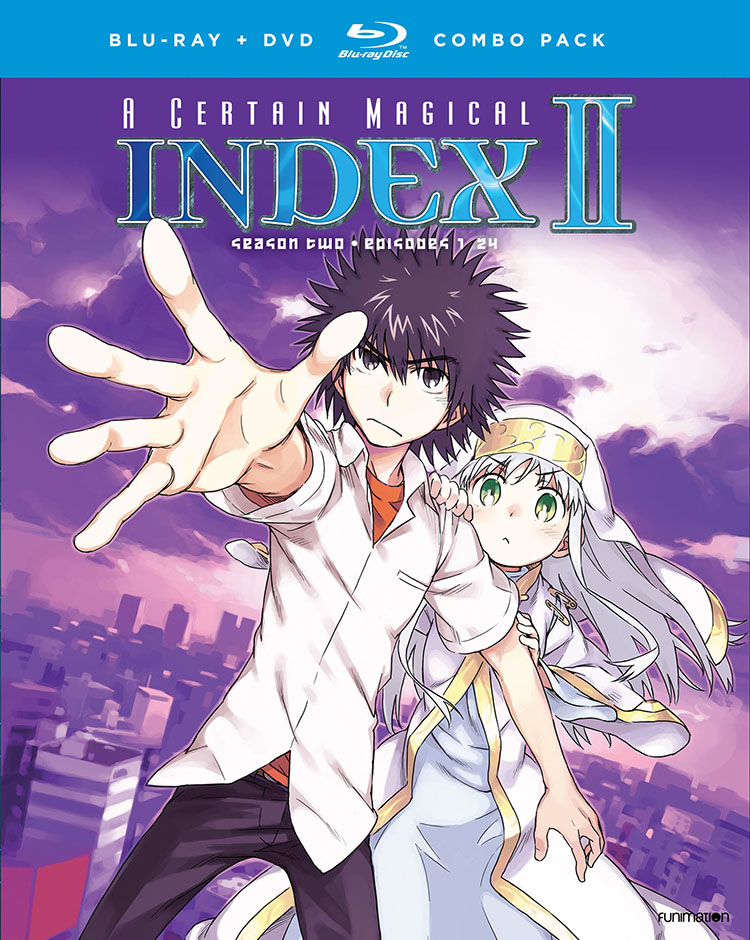 When science and sorcery clash, the result is explosive in this sequel to A Certain Magical Index from the studio that brought you Shakugan no Shana!

The Book of the Law - an encoded grimoire containing catastrophic magic - has been stolen, so naturally Kamijo, Index, and a few familiar faces join in the crusade to protect the one nun who can decipher the powerful text. But as the group battles church sects and holy assassins, they realize that discovering who their true enemy is may be more difficult than saving the sister. Meanwhile, an organization known as the Science Society resurrects an esper-producing program, a school festival brings out the competition - and drama - in the student population, and a mysterious figure negotiates the purchase of a sacred relic that could threaten the future of Academy City.