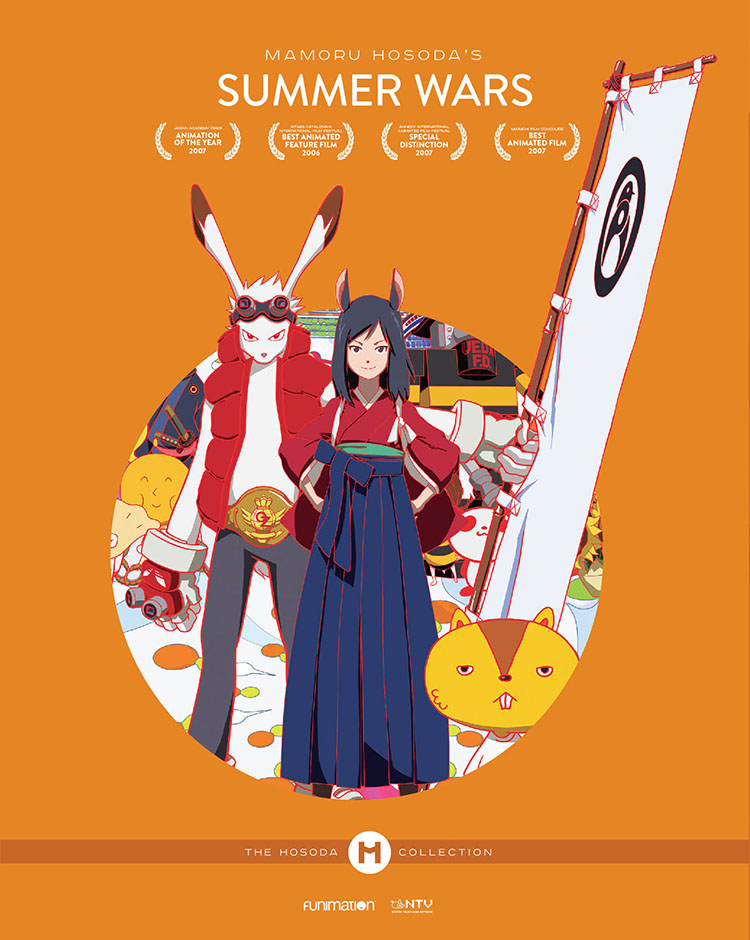 Summer Wars Collectors Edition comes with a special deluxe clear sleeve that reveals the artwork underneath, as well as a 52 page artbook, featuring concept art, an interview with the director, behind-the-scenes looks into the creation of Oz and the development of the Jinnouchi family, and more.

After the sensational success of The Girl Who Leapt Through Time, director Mamoru Hosoda was offered the chance to produce an entirely new film based on an original story. Inspired by his own life experience with his family, he created his second award-winning film, Summer Wars. With this film, Hosoda crafted a story that showed the importance of family and understanding those you love.

Worlds collide in a tale where virtual reality meets actual reality. When Kenji Koiso is pulled from Oz, a popular social networking realm, to play fiancé to classmate Natsuki, he faces a mess of challenges. Between the boisterous and bickering characters of the Jinnouchi clan and the sudden chaos in Oz, Kenji and his new companions must learn the importance of coming together to face the toughest of odds.