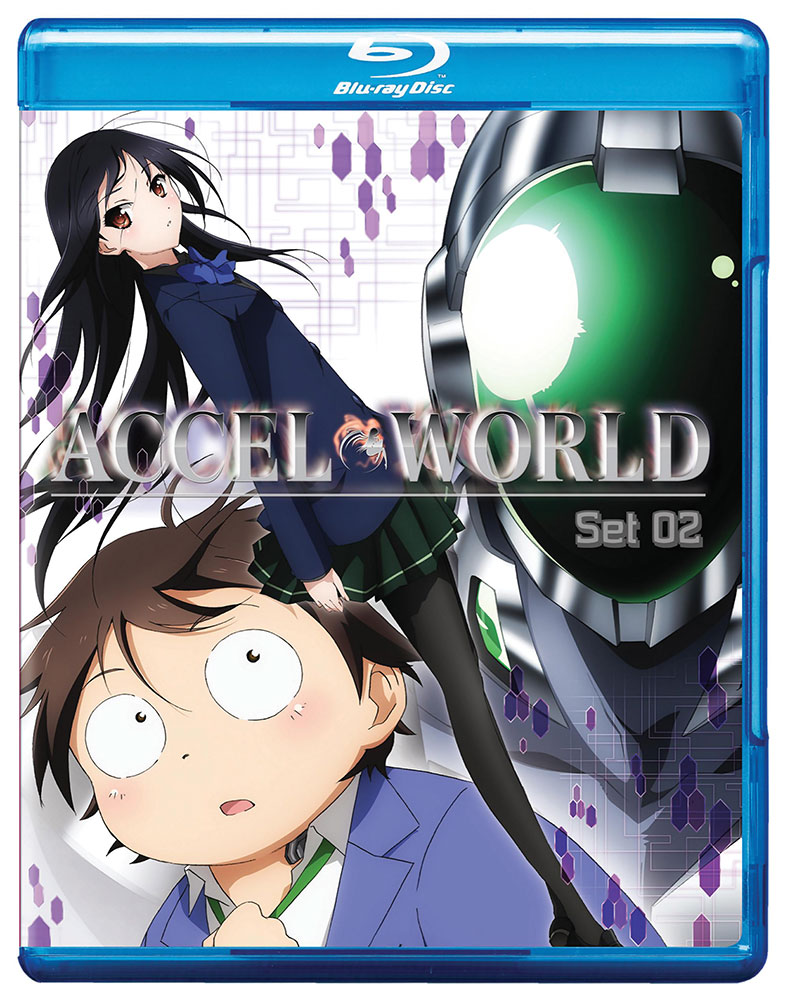 Haruyuki Arita has come a long way since his days as the helpless bullied kid in school. Reborn as Silver Crow, he now fights to realize his master Kuroyukihimes dream of uncovering the secrets of the Accelerated World. But after suffering a humiliating defeat from Nomi Seiji, a new kid who misuses the power of Brain Burst for personal gain, Haruyuki faces the risk of losing everything dear to him, including his friends and even Kuroyukihime.

Guided by the wisdom of a legendary Burst Linker, Haruyuki must now acquire new powers to stop Nomi before his malice can bring an end to the Accelerated World.

Plus, follow the misadventures of Kuroyukihime and friends as they go totally out of control in the mini-series Acchel World.