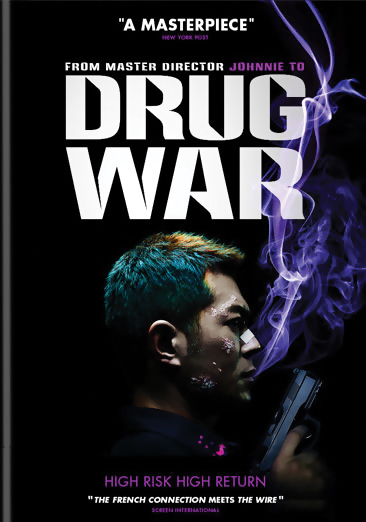 In Drug War, manufacturing just fifty grams of meth in China will earn you a death sentence. Timmy Choi (Louis Koo) has manufactured tons, and after a violent lab accident, hes in the custody of Captain Zhang (Sun Honglei). Now, he has only one chance to avoid execution: turn informant and help Zhangs undercover team take down the powerful cartel hes been cooking for.

But as the uneasy allies rush to execute a months-long operation in just a few days, the increasingly desperate police are quickly stretched past their limits. As things spin wildly out of control, the line between duty and recklessness is blurred, and it becomes unclear whether Zhang or Choi actually has the upper hand.