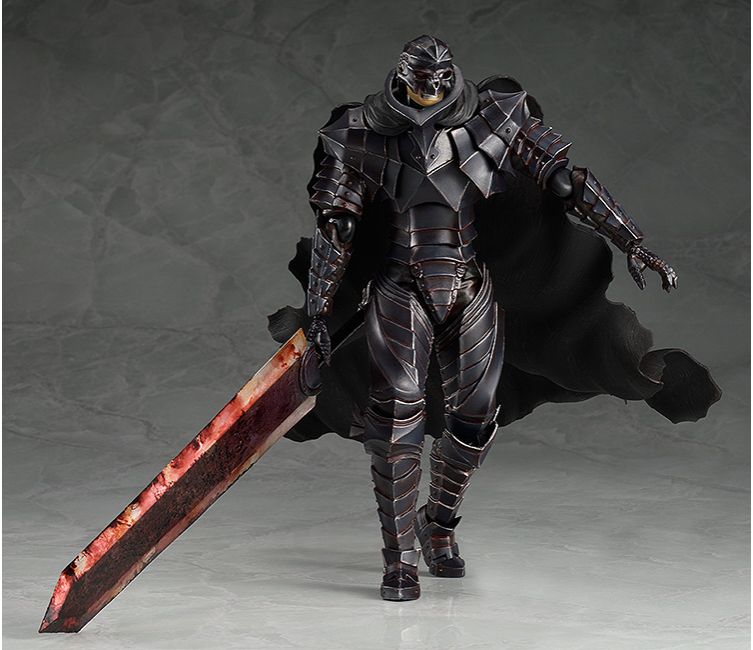 "I'll black out everything else with this urge to kill..."

%u00B7 The smooth yet posable figma joints allow you to act out a variety of different scenes.
%u00B7 A flexible plastic is used in specific areas, allowing proportions to be kept without compromising posability.
%u00B7 The face plates make use of 3D painting to capture the impactful look of Guts' facial expressions.
%u00B7 His sword, Dragon Slayer, is included along with luminous body Schierke.
%u00B7 In addition to the Beast of Darkness head part and sane head part, a new Skull Helmet head part is also included.
%u00B7 An articulated figma stand is included, which allows various poses to be taken.