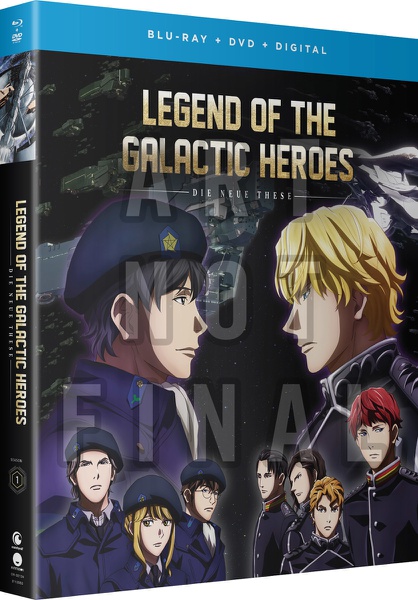 Legends collide in the enthralling reboot of this classic space drama! Caught in a 150-year-long war, interstellar nations reach the pinnacle of strategic combat at the hands of two genius leaders. Reinhard of the Galactic Empire, and Yang of the Free Planets Alliance lead the charge from opposing fronts. Fighting is their destiny, but in this vast universe torn by political intrigue, their greatest enemy may not be each other.