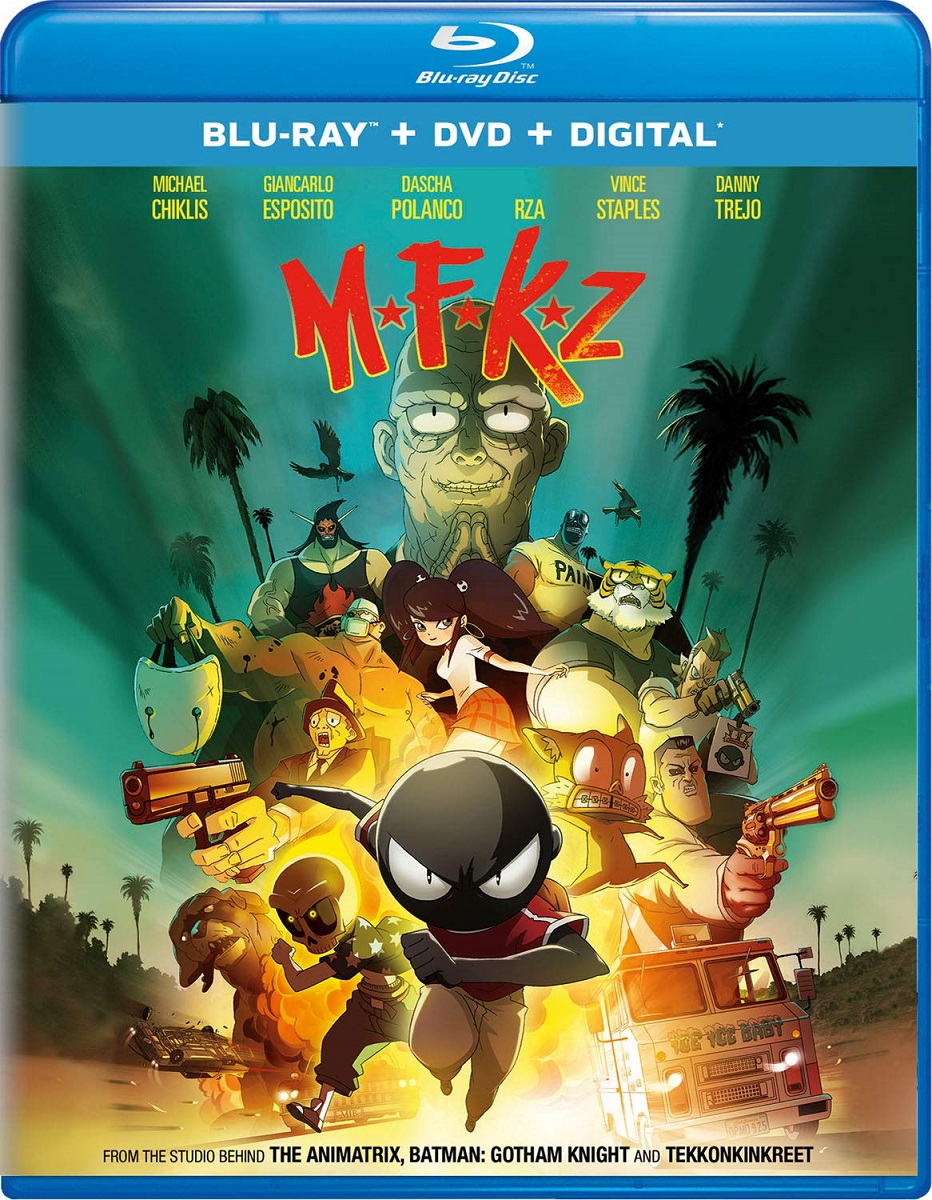 From the creators of Batman: Gotham Knight, and The Animatrix and the animators who worked on the seminal sci-fi anime film, AKIRA, director Shojiro Nishimi brings you MKFZ, a flipped-out flick based on the graphic novel by Guillaume "Run" Renard.

The film centers on Angelino and his friend Vinz, who live in a seedy tenement in an LA-inspired dystopian metropolis - a burnt-out, gang and cockroach-ridden neo-urban hell. Angelino is just one of thousands of deadbeats living in Dark Meat City. But an otherwise unremarkable scooter accident caused by a beautiful, mysterious stranger is about to transform his life... into a waking nightmare! He starts seeing monstrous forms prowling around all over the city... Is Angelino losing his mind, or could an alien invasion really be happening?

Special Features: The Making of MFKZ and Theatrical Trailers