My First Girlfriend is a Gal Essentials Blu-ray 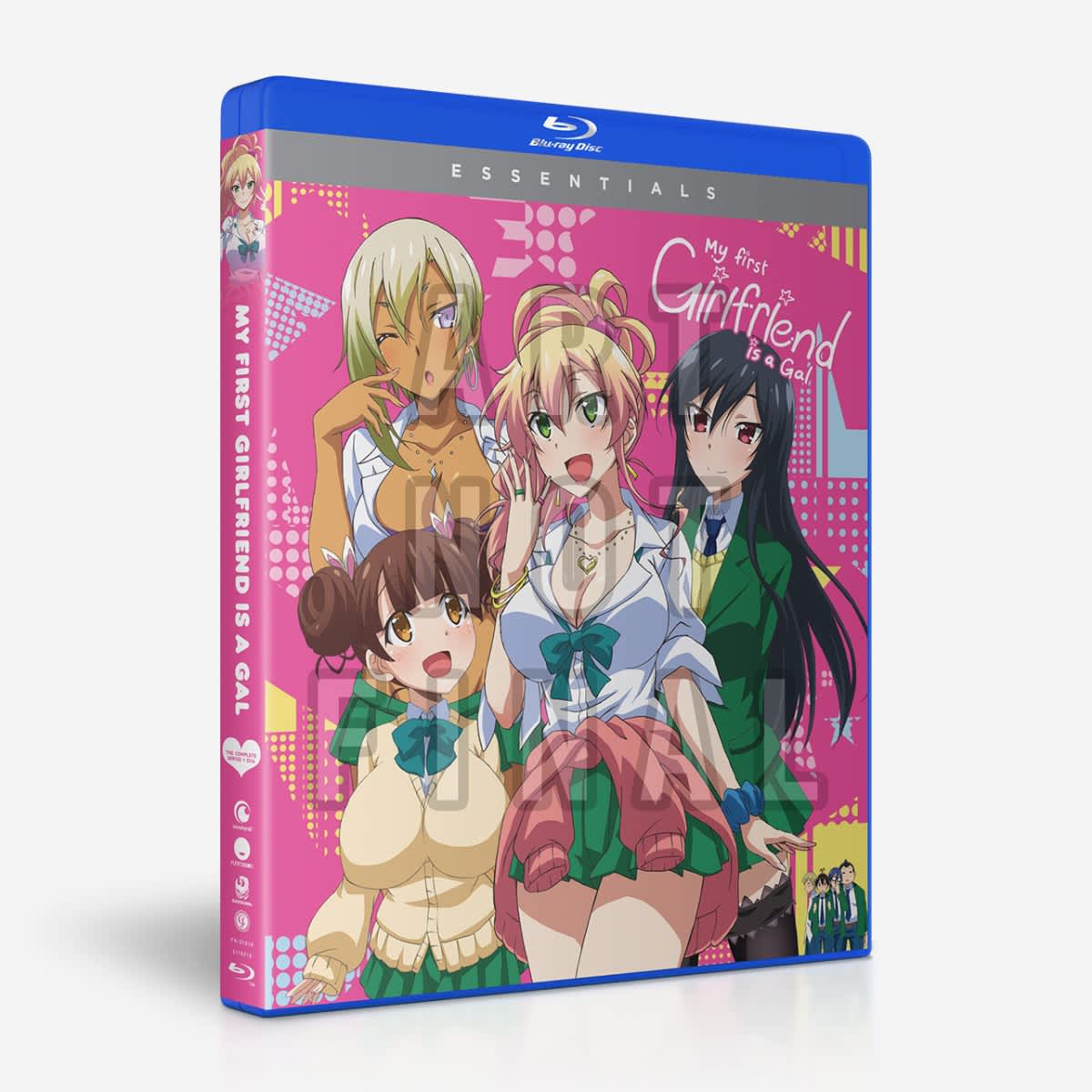 My First Girlfriend is a Gal contains uncut and uncensored fanservice from episodes 1-10 and the additional OVA of the anime directed by Hiroyuki Furukawa.

Life for Junichi Hashiba is the literal worst: he's a loser, has weird friends, and worse yet...he's a virgin! With his life going nowhere, he lets his pervy friends talk him into doing the impossible - asking out sexy gal, Yukana Yame! After all, a girl obsessed with makeup, showing skin, and being fashionable af, is totally an easy score for a guy like him...right?

Down on his knees, heart racing, and face flushed, Junichi makes his move to ask Yukana out. And nails her - err it! But if Junichi thinks he's got a one-way ticket to her bedroom, he's got another thing coming. Instead, he's pulled deep into a world of firsts while also catching the interests of other girls. And though he's drowning in DDs and invitations to lose that precious V-card, Junichi realizes that for the first time - he's in love! Is this guy-meets-gal love story meant to be, or will the only thing he'll be screwing is his first chance at love?