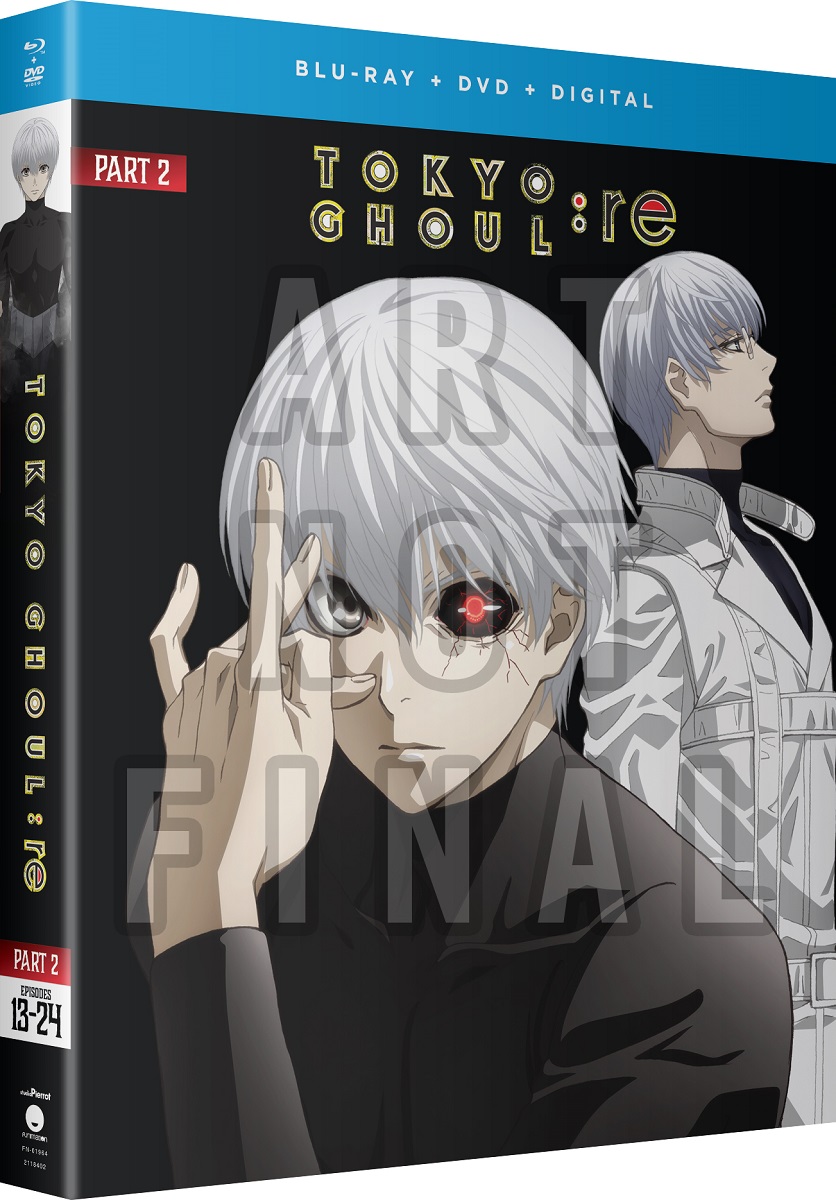 Tokyo Ghoul: re Part 2 contains 1-12 of the anime directed by Odahiro Watanabe.

Witness the finale of Tokyo Ghoul! A thrilling new chapter unfolds in Tokyo just two short years after the raid on Anteiku. Countering a resurgence of ghouls, the CCG selects young officer Haise Sasaki to lead an unruly team of humans infused with ghoul powers. Known as the Quinx Squad, they walk the line between humans and ghouls to rid the world of its most daunting threat. But no one said it would be easy. Let the hunt begin.