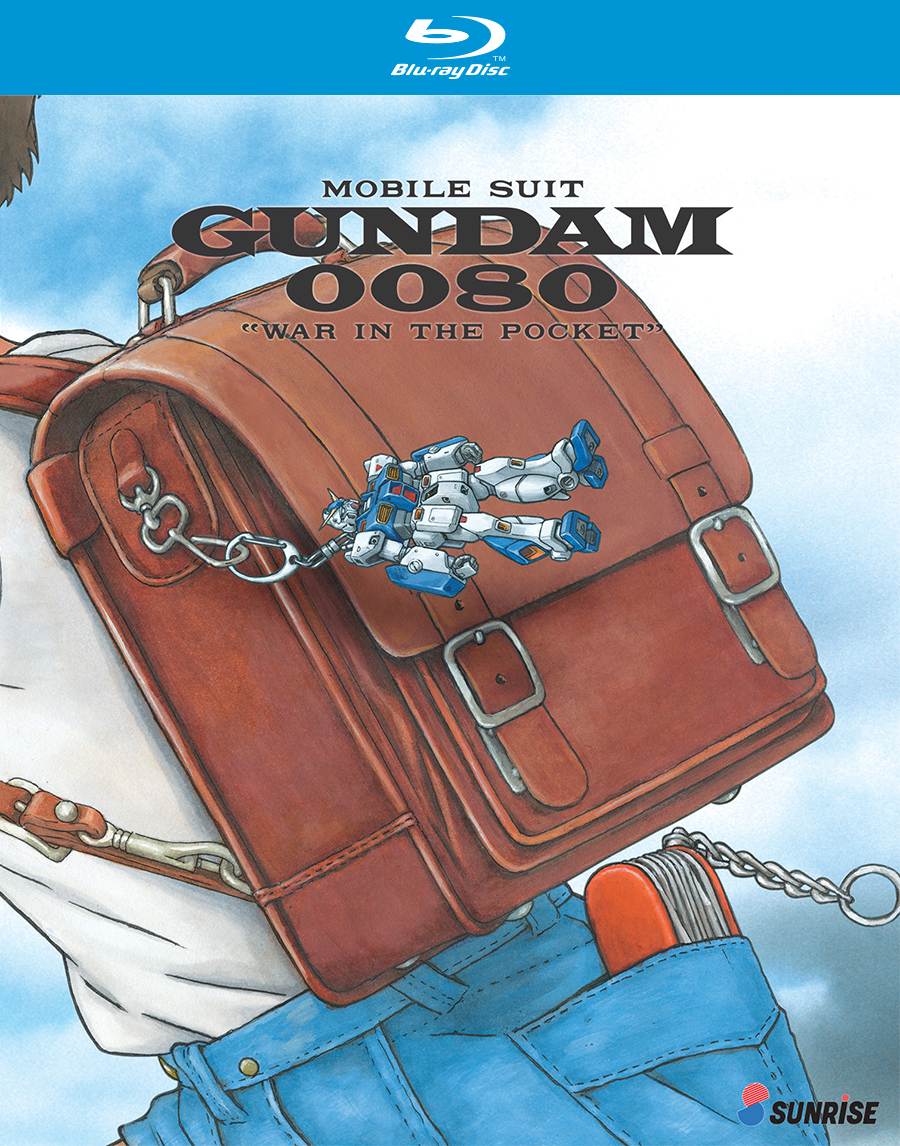 Mobile Suit Gundam 0080: War In the Pocket includes all 6 episodes of the anime OVA directed by Fumihiko Takayama.

Universal Century 0079. When the Principality of Zeon learns of a new Gundam being built, the veteran spec-ops Cyclops Team is dispatched to the civilian colony of Libot to investigate. Their newest member, Bernard "Bernie" Wiseman, gets shot down in action and meets young Alfred "Al" Izuruha, who dreams of mobile suits and space battles. Al thinks of Bernie as a friend, and even goes to great lengths to track him down while on his mission. He doesn't realize the potential danger he's in. And Al's nextdoor neighbor Christina "Chris" Mackenzie returns home with a new "government job." She's really the test pilot of the top-secret Gundam Alex - the objective of Bernie's mission! As the story unfolds, three lives will be changed forever by this one small part of the war.