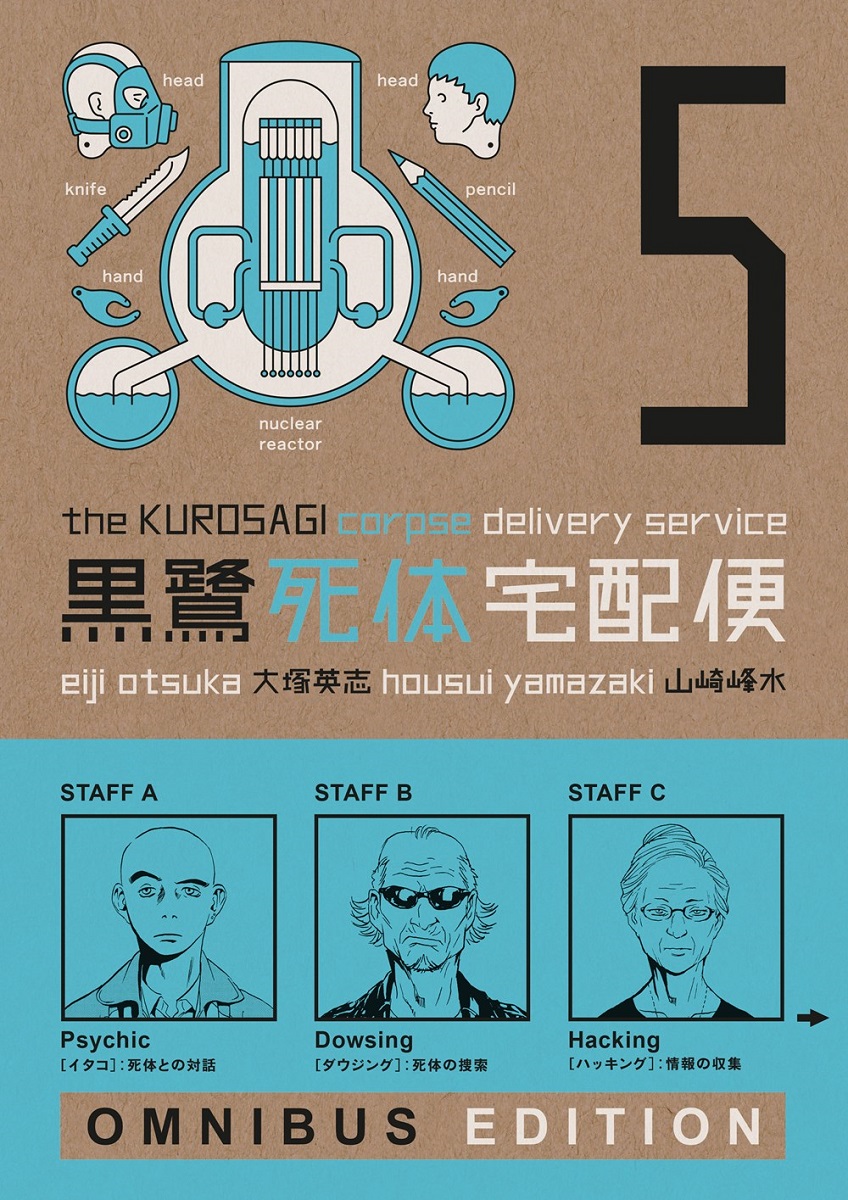 But their unique talents allow them to work with the dead...carrying out the last wishes of those whose spirits are still trapped in their corpses, and can't move on to the next life!

Book Five has the Kurosagi gang running into ever more bizarre incidents of modern horror, from mind-control mouse hats, to taxpayer-supported torture museums, to the most feared calamity of all...jury duty! Meanwhile, it seems a gang of corpse-clearing impostors is out to take away their meager business - and in America, someone's made a cartoon series based off them...?! Plus, three previously unpublished stories: a client whose psychological syndrome makes her believe she's dead; the mad robot scientist trio invents a zombie biker gang, and fugitives from a deadly cult hide out in the radioactive ruins of Fukushima!