The Price of Smiles Blu-ray 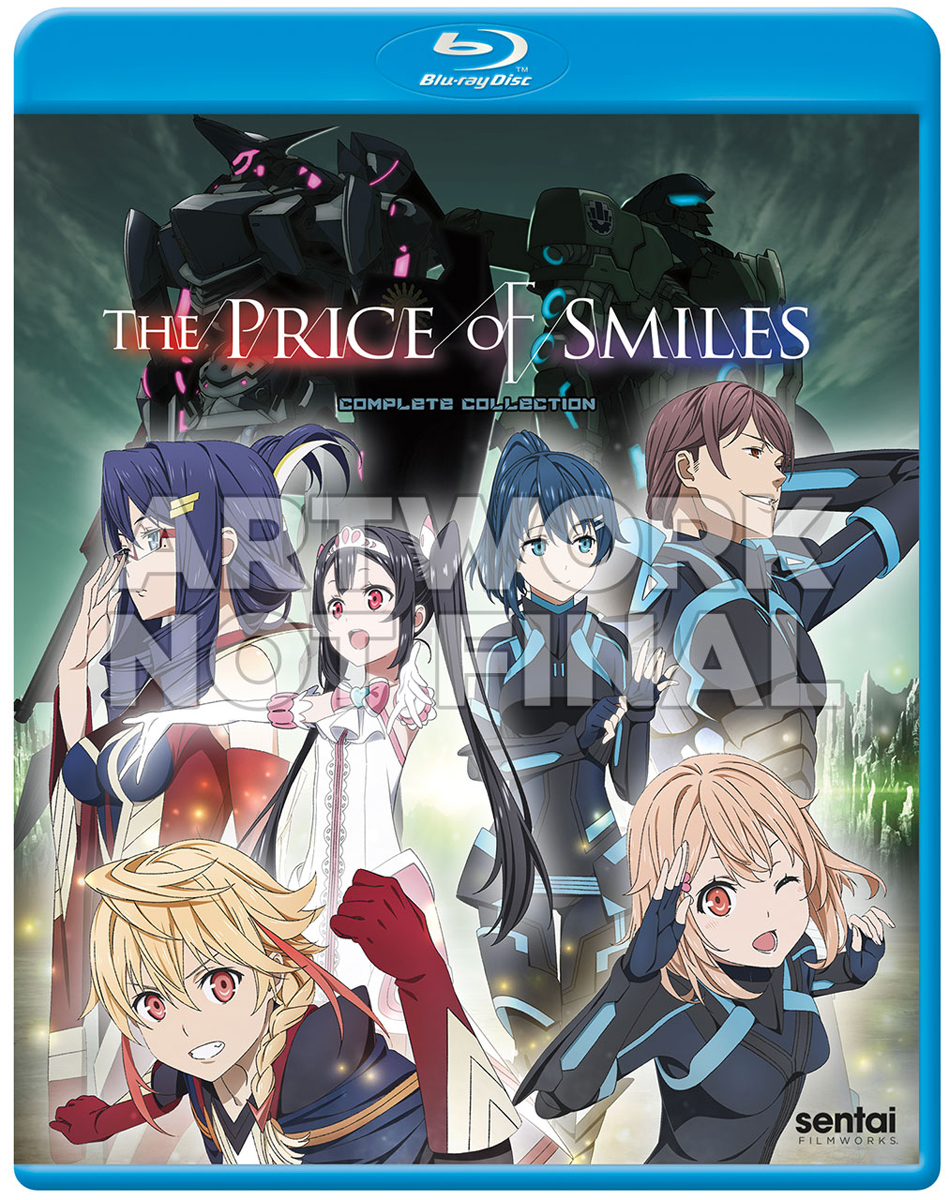 The Price of Smiles contains episodes 1-12 of the anime directed by Toshimasa Suzuki.

The orphaned Princess Yuki of the Kingdom of Soleil is still only a young girl, but shes trying hard to learn the skills she desperately needs. What the Princess doesnt know, however, is that even her most trusted advisors have been shielding her from a deadly fact: Soleil and its neighbor, the Empire of Grandiga, are heading to war.

Meanwhile, in the Empire, a young soldier named Stella Shining prepares for battle. Despite having already lost her parents to conflict, Stella is unusual in that she always tries to keep a smile on her face... even when theres nothing left to smile about. As Yuki discovers the truth, a new form of weapon is unleashed, and Stellas smile slowly becomes a deathly rictus grin when two nations go to war.