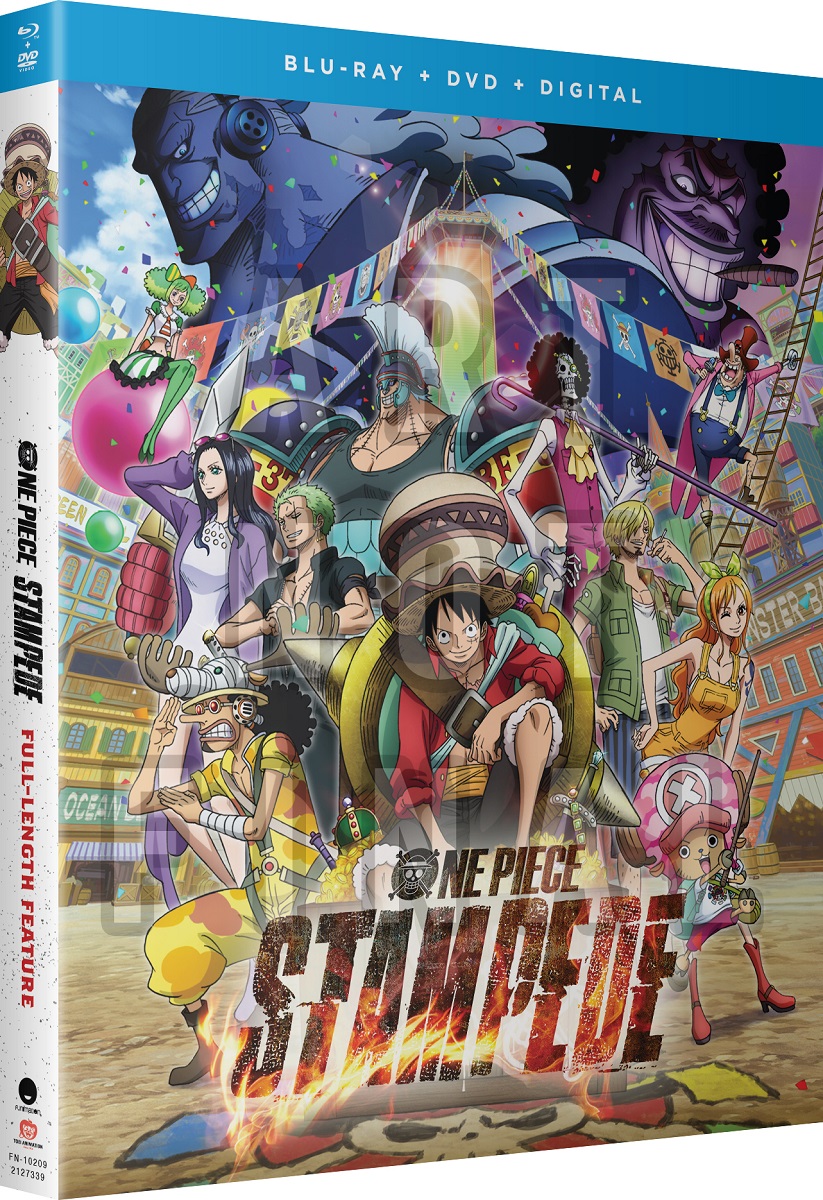 One Piece: Stampede is an anime film directed by Takashi Otsuka.

The world's boldest buccaneers set sail for the great Pirate Festival, where the Straw Hats join a mad-dash race to find Gol D. Roger's treasure. There's just one little problem. An old member of Roger's crew has a sinister score to settle. All bets are off when the most iconic pirates of One Piece history band together for a swashbuckling showdown, the likes of which have never been seen!

Special Feature: One Piece Stampede: Behind the Scenes with the Cast.