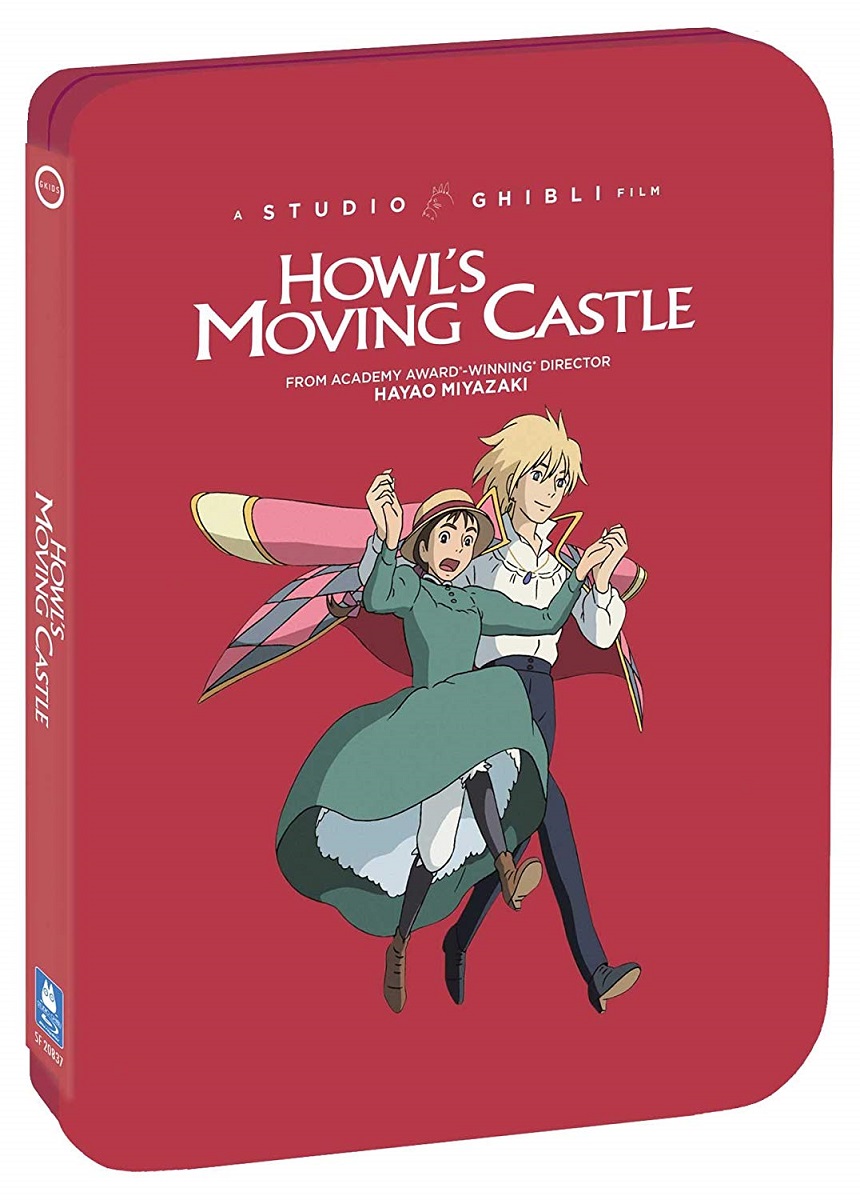 Howls Moving Castle is an anime film directed by Hayao Miyazki, housed in a limited edition steelbook case and contains an exclusive booklet with statements from the creators.

Sophie, a quiet girl working in a hat shop, finds her life thrown into turmoil when she is literally swept off her feet by a handsome but mysterious wizard named Howl. The vengeful Witch of the Waste, jealous of their friendship, puts a spell on Sophie. In a life-changing adventure, Sophie climbs aboard Howl's magnificent moving castle and enters a magical world on a quest to break the spell.