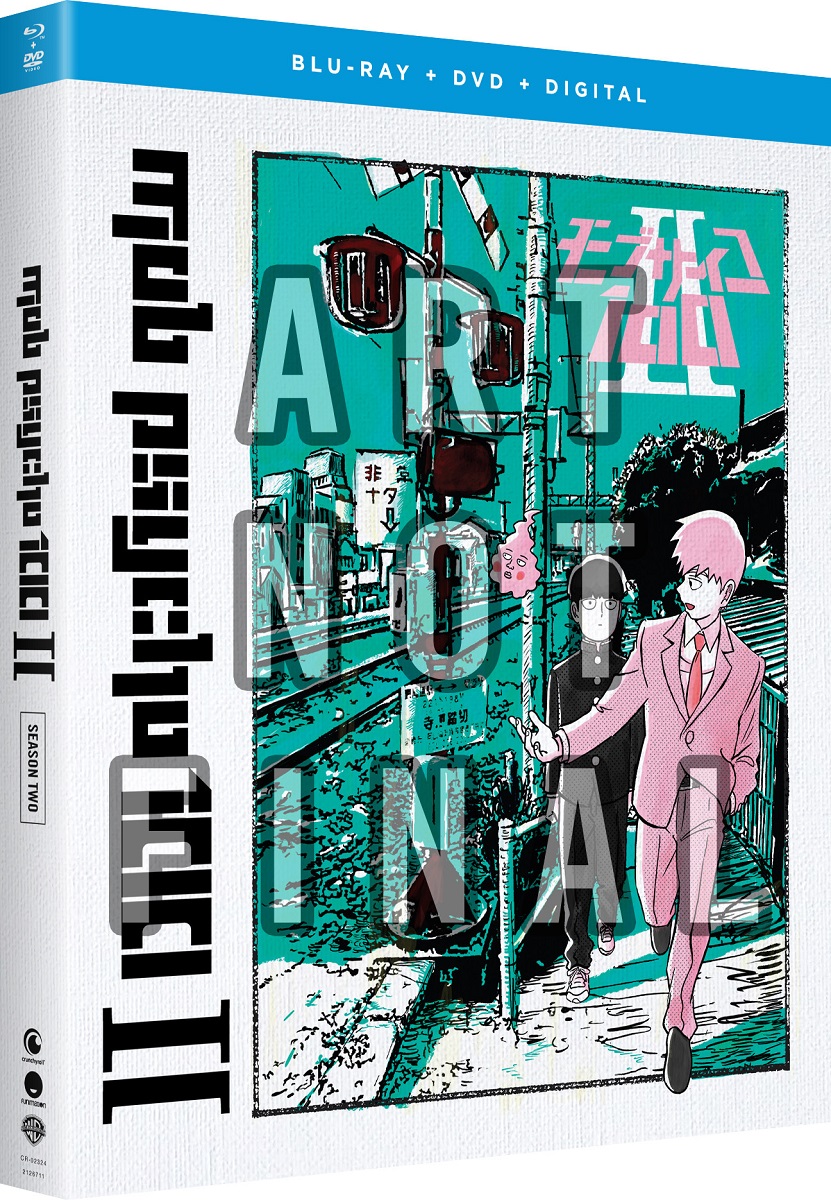 Mob Psycho 100 II contains episodes 1-13 of the anime directed by Yuzuru Tachikawa, plus the OVA.

He may have defeated Claw, but psychic extraordinaire and socially awkward middle schooler Mob still has important questions on his mind. Is Reigen exploiting his abilities? Could anyone stop him if he went totally berserk? Does Tsubomi like him? With more and more friends at his side, he should be alright. So long as he learns to think for himself.