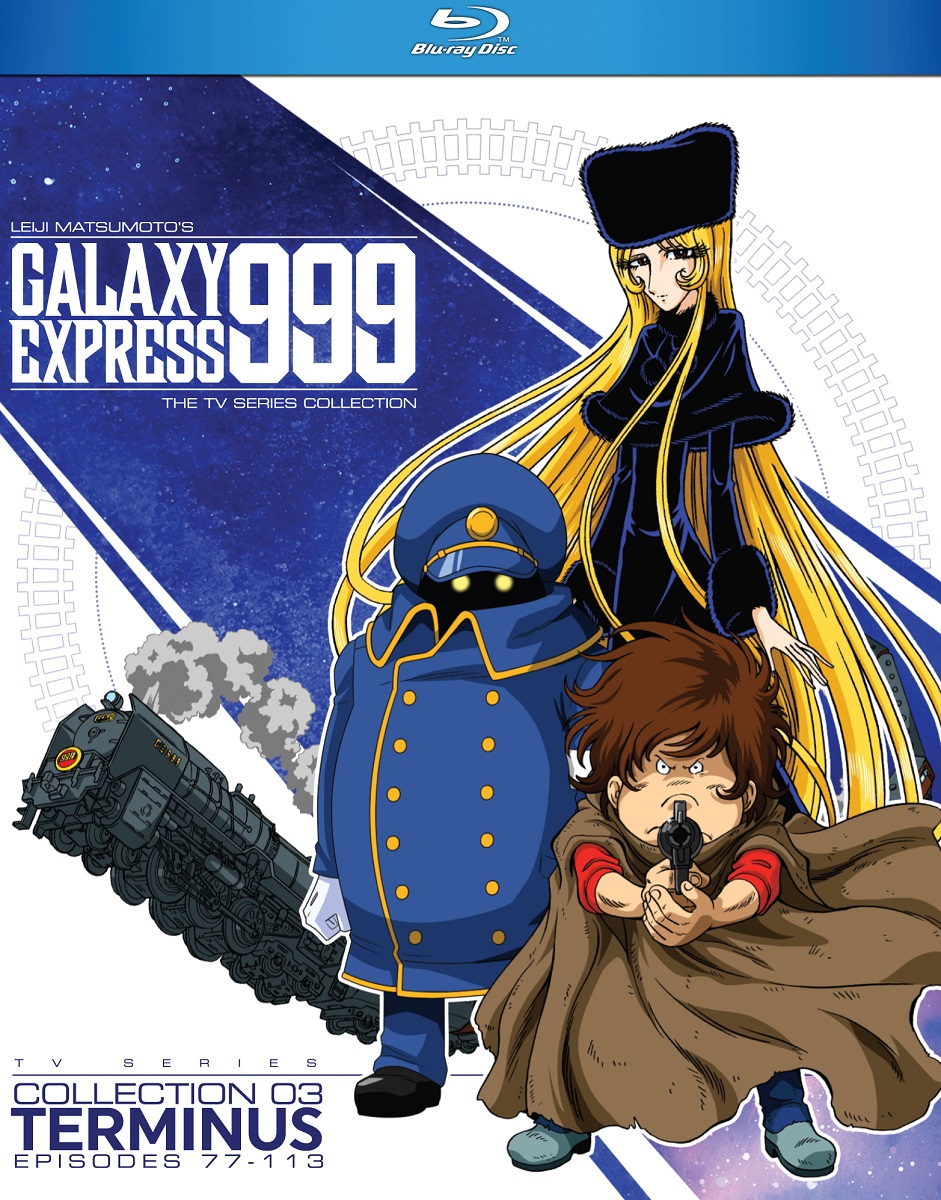 The 999 enters the final stretch in the conclusion to this epic space story. Everything kicks off when Tetsuro is attacked aboard the train, only to be saved by a mysterious caped stranger. At the next stop, Tetsuro seeks out the Time Castle which is rumored to be ruled by the legendary Captain Harlock. Things take a turn for the weird the closer Tetsuro and Maetel get to their final destination, including a trip in a fourth-dimensional elevator and a collision with a Galaxy Express 999 from another timeline! After everything hes been through when the Galaxy Express 999 pulls into its final stop, will Tetsuro go through with his wish to get a mechanical body?