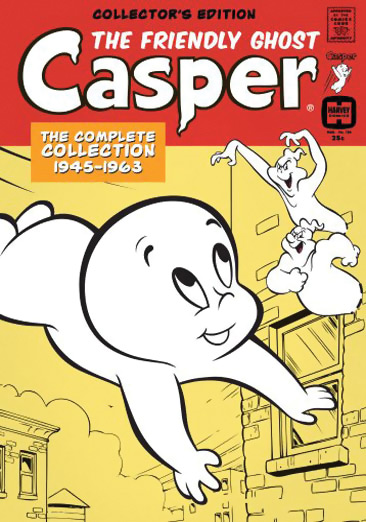 Casper is the most famous ghost on earth, but unlike his spooky brethren, he doesn't like to haunt or scare - he spends his time looking to make friends. In the original Paramount cartoons, Casper would often frighten some unsuspecting grown-up while befriending "Little Billy" or a small animal, but he'd then rescue one of them from a perilous predicament to become a local hero. In the Harvey comics, Casper would explore an enchanted forest, while the antagonizing Ghostly Trio would tease and heckle. Friends like cousin Spooky, Wendy the Good Witch, and Nightmare the Ghostly Horse round out Casper's supporting cast.

Contains all 81 original Casper cartoons made between 1945 and 1963, including all of the theatrical shorts and the 1963 television series.