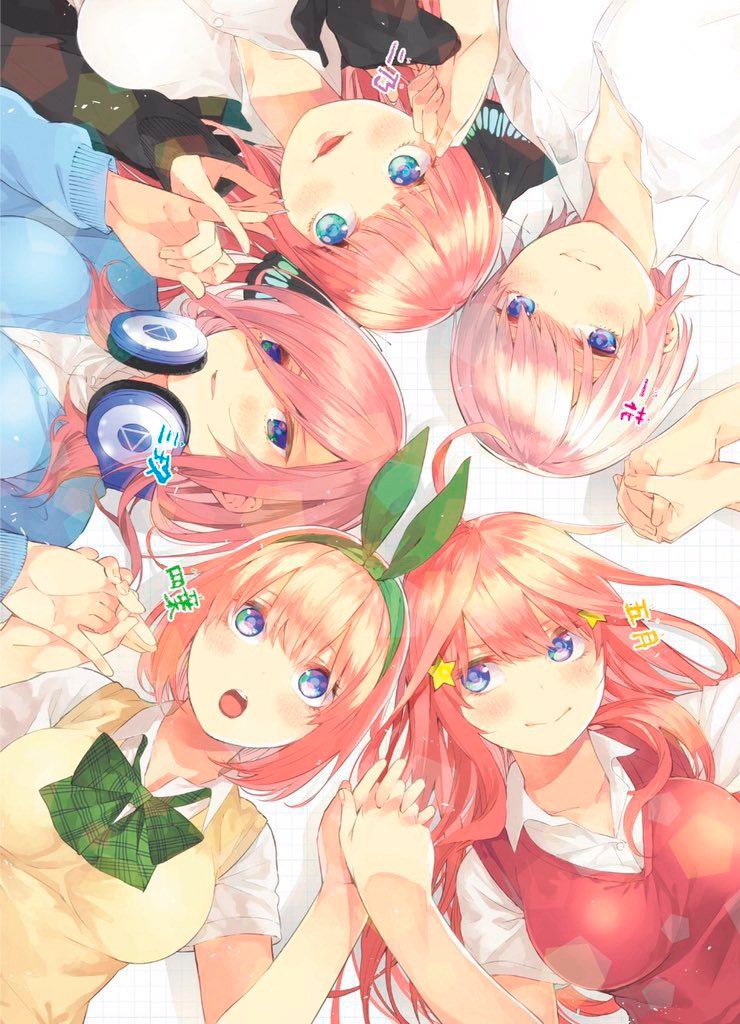 Customers who purchased The Quintessential Quintuplets Season 1 Manga Box Set prior to 6/1/2021 will receive this revised version of the box set, which contains volumes 1-7, at no additional cost.

Five girls who want to do anything but study, and their tutor: A high school boy who's got book smarts and not much else. Futaro Uesugi took the tutoring gig because he was desperate for cash, but when his students - the five beautiful daughters of a wealthy businessman - find five times the excuses to slack off, what can he do?! At this rate, the sisters won't graduate, so if he wants to get paid, Futaro must think of a plan to suit each of them...Which feels hopeless when five out of five of them think he's a loser!