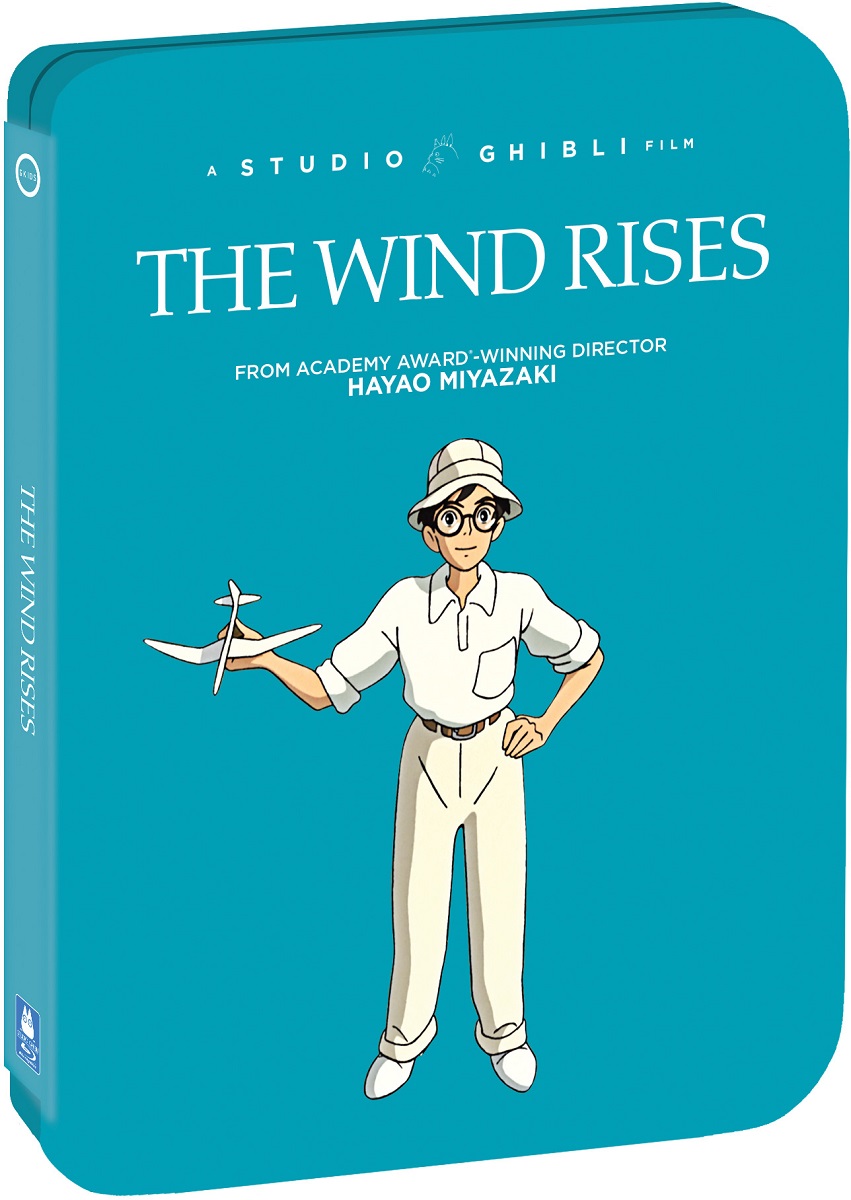 The Wind Rises is an anime film directed by Hayao Miyazki, housed in a limited edition steelbook case and contains an Exclusive Booklet with statements from the creators.

Jiro Horikoshi is fascinated by aviation but unable to become a pilot due to a medical condition. He moves to Tokyo in 1923, surviving the Great Kanto Earthquake to become a highly accomplished airplane designer. As rumors of war escalate, Jiro reunites with Nahoko, a young woman he met during the earthquake years earlier. The two fall deeply in love, just as Nahoko falls ill with tuberculosis. Inspired by visions of Italian aeronaut Caproni, Jiro must confront mounting tragedies with dignity in this epic tale of love and perseverance.