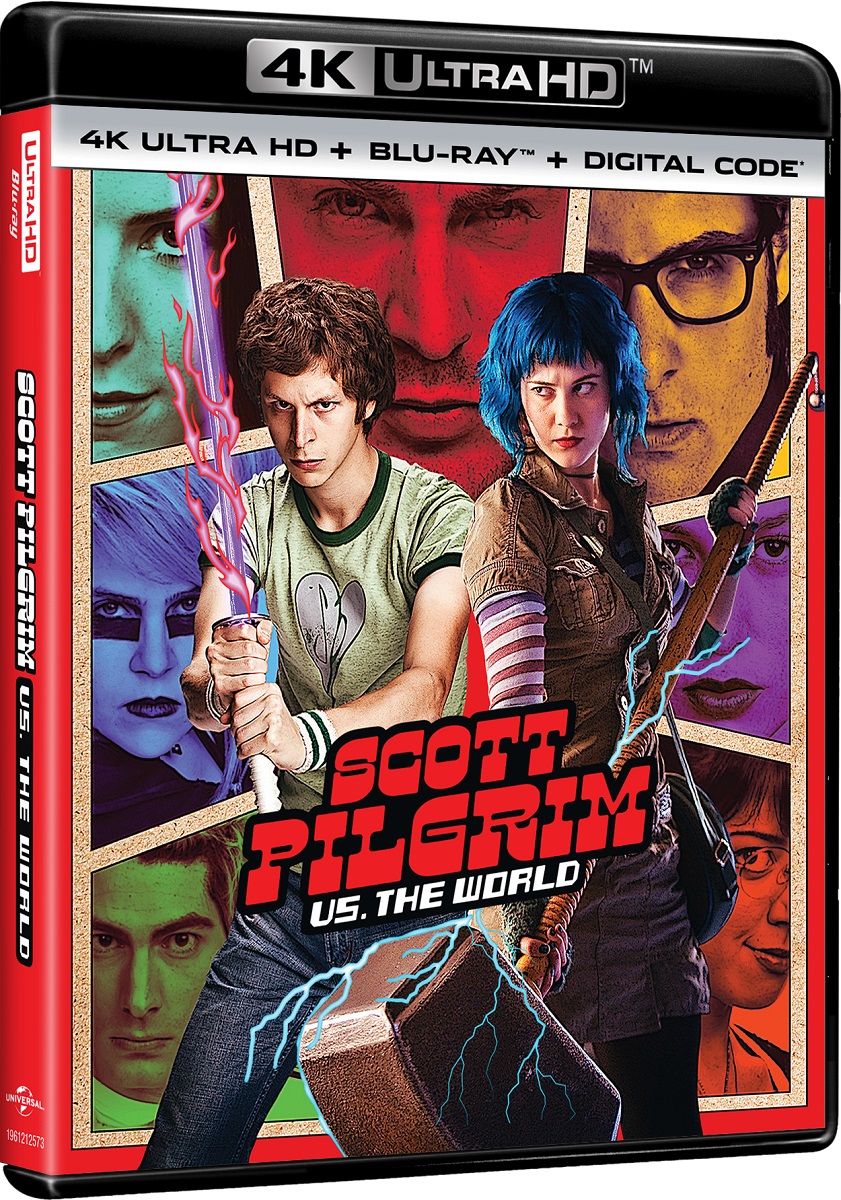 Scott Pilgrim vs. the World was directed by Edgar Wright and stars Michael Cera, Mary Elizabeth Winstead and Kieran Culkin.

*The 4K disc in this combo pack is an Ultra HD Blu-ray Disc created for 4K HDR viewing. It will require a special Ultra HD 4K Blu-Ray player (will not play on a standard Blu-Ray player.) For the complete experience you'll need:

Game on! Scott Pilgrim just met the girl of his dreams...literally. But in order for them to date, he must defeat her seven evil exes - a rogues' gallery, including an infamous skateboarder, a vegan rock star and fearsome identical twins! From the genre-smashing director of Hot Fuzz and Shaun of the Dead comes "a true original" (Entertainment Weekly) powered up by wit, action and groundbreaking visuals that you will want to watch again as soon as it's over!