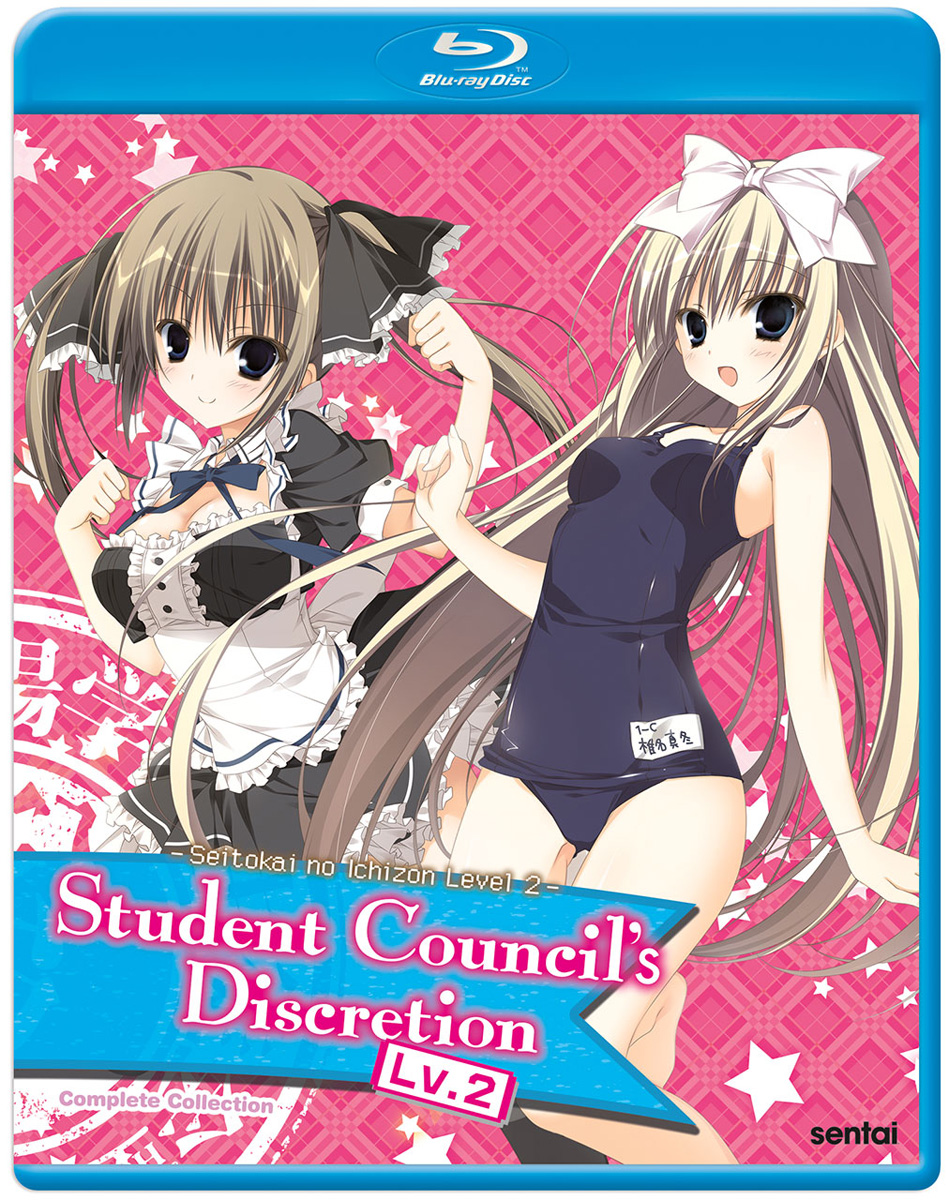 Hekiyou Academy's Student Council is back, but they're not just up to their usual shenanigans. They're pushing the limit on the kind of behavior befitting a supposedly dignified representation of the student body at large. Okay, maybe any vestige of dignity went up in smoke when they decided to make an anime featuring themselves, so will anyone complain about spicing it up even further?

Sure, there are certain losers who believe in things like sticking to the facts, but why can't student politics be an accurate reflection of politics in the "real world"? And if everything is really about catching attention, of course there's going to be a hot springs episode! Toss in a few arbitrary mysteries to solve, a smidge of step-sibling romance, and some fourth wall shattering and you have the Student Council's Discretion Lv. 2!