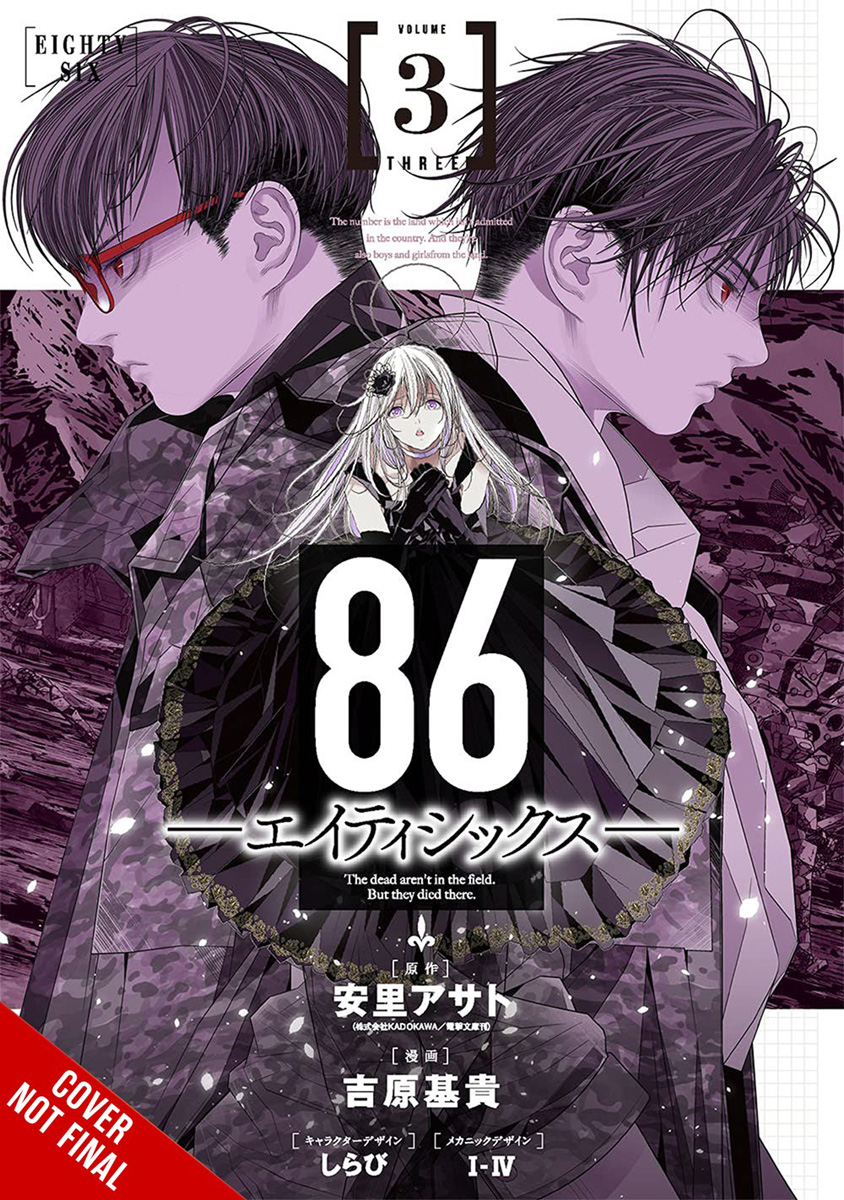 Following Kaie's death, Lena becomes distinctly aware of both her own ignorance and the fierce emotions the Eighty-Six hold toward Albans like her. As Spearhead squadron sorties again, she hears it-the voices of the dead, mixed in with the mechanical cries of the Legion, and Kaie's among them...!