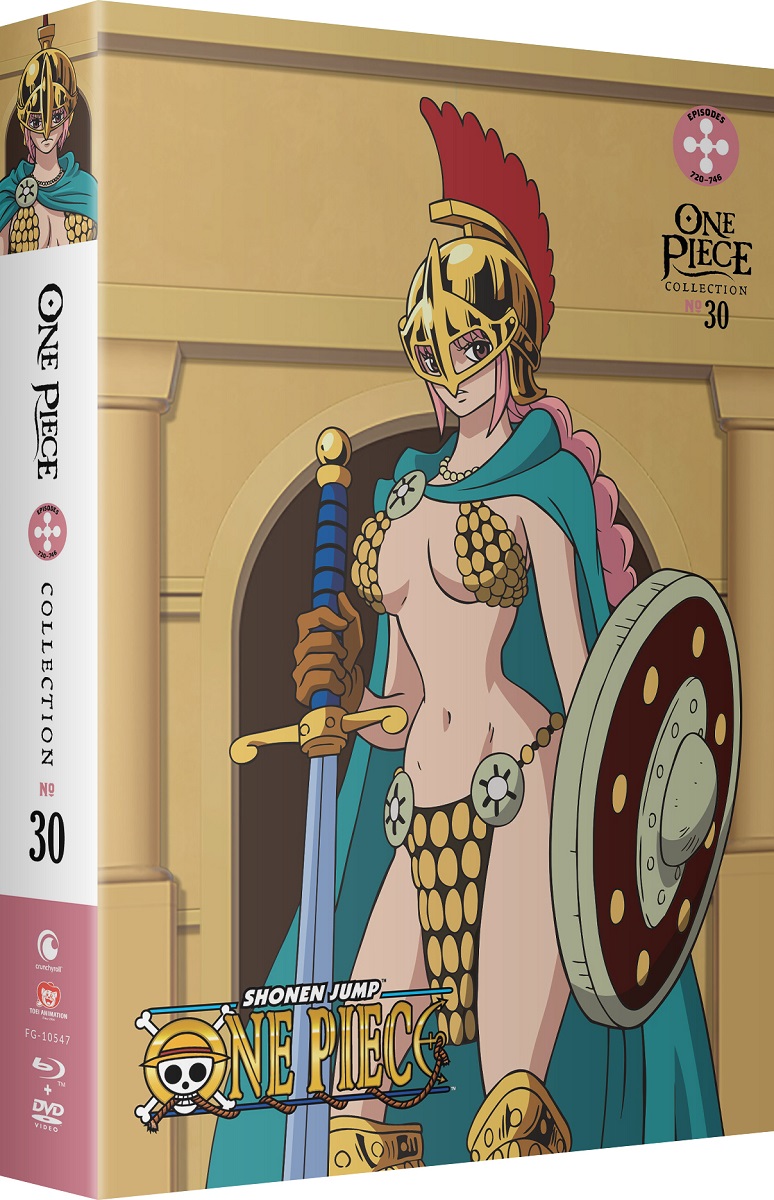 One Piece Collection 30 Blu-ray/DVD contains episodes 720-746 of the anime directed by Hiroaki Miyamoto and Toshinori Fukazawa.

As Luffy faces Doflamingo for a final battle, the Birdcage's ultimate countdown begins, and Zoro leads an attempt to stop the cage itself. After the dust settles, Sabo tells his story, the Straw Hats aim to escape the Navy - and a new alliance is formed!