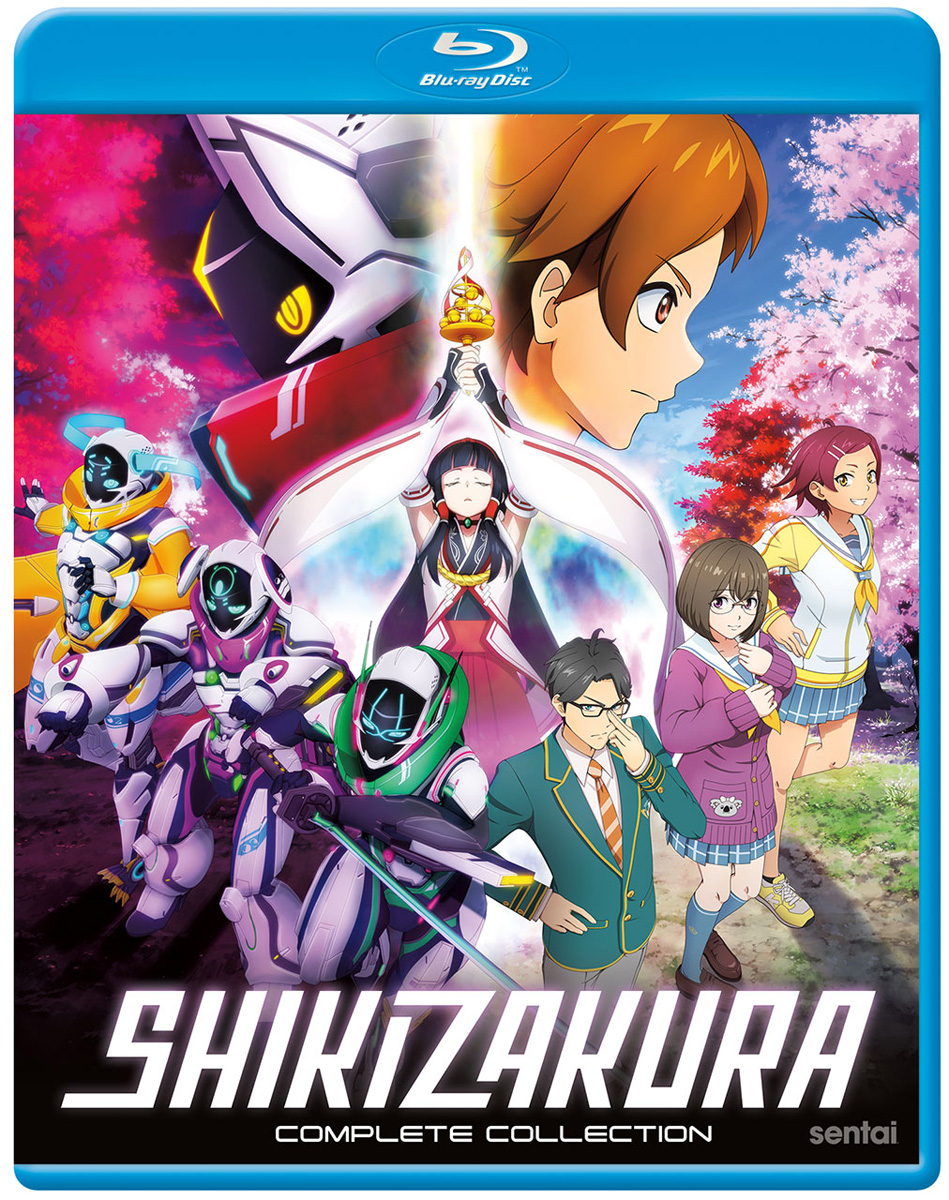 Shikizakura contains epiosdes 1-12 of the anime directed by Shinya Sugai and Go Kurosaki.

Kakeru Miwa might have been a totally typical Japanese high school student, but his life quickly transforms into anything but ordinary when his morning trek to school crosses paths with beautiful shrine maiden Oka Myojin. Thats because Oka belongs to a secret group dedicated to fighting demon oni who cross from their dimension into ours by possessing the bodies of humans!

This isnt your classic exorcist type job either, as the only reliable way of defeating these invading monsters requires donning a Yoroi, an incredible armored battle suit powered by an arcane mix of mystical arts and beyond bleeding-edge technology, then taking the oni on in mortal combat! Is that shocking? Yes. Dangerous? Extremely. But its also more interesting than school, and Kakeru is quickly lining up to defend mankind!